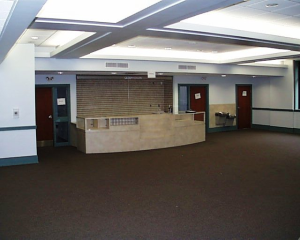 It was ten years after the tragic loss of Lenox Road Baptist Church’s historic Sanctuary that the church, located in Brooklyn New York, hired Dimensional Dynamic to initially prepare a Master Plan for the design of a new Sanctuary and the reconfiguration of their Christian Education building which had survived the fire.

The final phase as proposed by the original Master Plan was to be the total renovation and reconfiguration of the existing Christian Education building.  Once again the church approached DDAP to start the process of this renovation.  However, this time the church also needed to look at how to expand their Sanctuary which had been built sixteen years prior.  The result of this was the need for a new Master Plan.

This new Master Plan design took into account all the growth and ministry changes that had taken place over the years and allowed the church to move forward with the construction of a revised Phase Three while proceeding through the Zoning approval process for the later construction of Phase Four, the Sanctuary’s expansion.  With this new Master Plan in hand, construction of Phase Three, the renovation of the existing Christian Education building began.  The interior renovation of 9,000sf on two levels was completed in 2004.

Dimensional Dynamics was approached in 1995 by the First Baptist Church of McMinnville, Oregon to discuss the renovation and addition to their existing 1921/1961 Spanish style church facility.  The multi-leveled facility suffered from inadequate restrooms, non-existent Handicapped Accessibility, and a poor functional relationship of one space to another.

With a review of their site and existing structures, Dimensional Dynamics proposed the church’s purchase of an adjoining lot to allow for on-site Handicapped, Senior, and Visitor parking, as well as access to a new Covered Car Drop-off and Narthex Gathering Room.  The location of this Gathering Room allowed the functional connection of both the existing structures, along with the placement of Handicapped Restrooms, Elevator and Grand Stairs.

With the purchase of the desired lot and the completion and approval of a Master Plan Design, the church set forth with the total renovation and reconfiguration of their existing 39,270sf buildings and the addition of the new multi level 12,485sf connecting Narthex.

In the spring of 2001, Dimensional Dynamics was pleased to take part in the church’s rededication services.  It was a pleasure to see how the facility’s designed level of flexible use of space for various church ministries had taken many congregants by surprise.